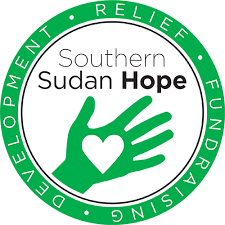 Southern Sudan Hope Foundation is working to give people the freedom to move. The war has left many with wounds that prevent them from traveling on their own accord. Some have found ways around their disability, such as crutches, or moving around on their hands and knees. These short term solutions provided some freedom, but resulted other medical problems to arise. Southern Sudan Hope Foundation is here to help solve the problem. With the mobility aids that have been donated to us, we are able to provide the freedom of movement to those who really need it.

This is a video of Nyahail Deng from Nairobi, Kenya. She received a wheelchair after four years of being immobile. The crutches she had have helped her get around, but caused her to be in pain in her arms. Thank you to everyone who has helped Southern Sudan bring joy to another person. Together we will continue changing lives and helping others.

James Dieng Chuol is a 19 year old boy, living in Nairobi, Kenya. He was born with legs that were underdeveloped, causing him to be immobile. On top of that, he lost both of his parents in 2013, his brother-in-law brought him to Kenya for a better future. Unfortunately, his brother-in-law lost his life, leaving James alone with no one to help him. Southern Sudan Hope was able to change that. We provided James with a wheelchair, giving him the chance to move around on his own. This was the first step to helping him get a fresh start in life. We are hoping to provide him with resources to open a fruit stand.

This is Emmanuel Kainde. He is 24 years old, and lives in Nairobi, Kenya. He was born with legs that were not fully functional, causing him to be immobile. Southern Sudan Hope was able to provide him with a wheelchair, allowing him to move on his own for the first time in 24 years.